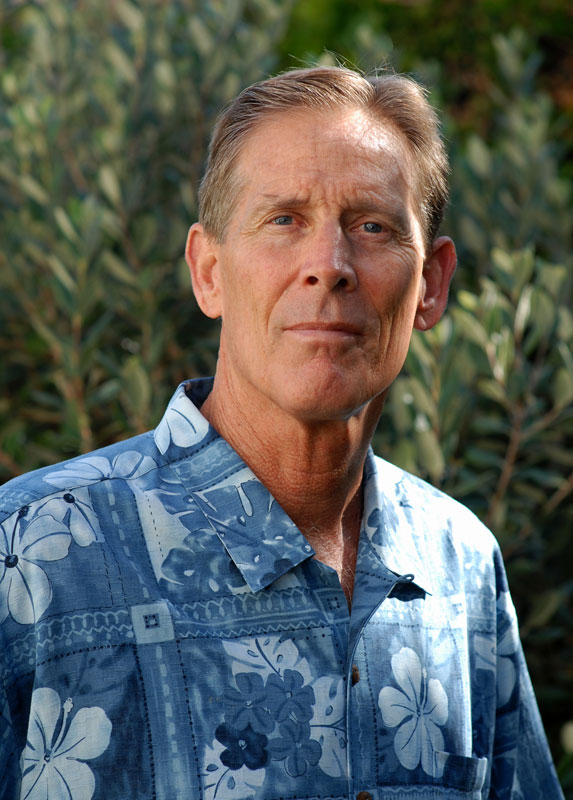 I’m a fourth generation Venturan and the great-grandson of Eugene Preston Foster, better known as E.P. Foster, and his wife Orpha Woods Foster. Together they were responsible for much of Ventura County’s early development.

My interest in photography started in 1964 with two years of high school photography classes, taught by Mr. Denny McArthur. It was the beginning of my pursuit of a Bachelors of Professional Arts degree from Brooks Institute. This commenced upon my discharge from service with the US Coast Guard, and taking all the photography classes possible at Ventura College while on a waiting list for Brooks.

After graduating in 1974, I partnered with Ron Dahlquist in Steamboat Springs, Colorado, to begin Colorado Impressions, a commercial photography business centered around skiing and tourism. A year later I was head tennis professional at a hotel resort/private club in Florida. I also landed a summer position at Florida Institute of Technology, Jensen Beach, teaching hard hat diving majors how to use a Nikonos underwater camera, process film, and use of all the equipment and chemicals in the darkroom.

After a year in Florida, I returned to Ventura to work as a commercial photographer for Wilvert-Pencek until a photography instructor position opened at Buena High School. Teaching beginning and advanced photography classes at Buena from 1978 to 1981 was very rewarding. My major interest was to help students learn about composition, camera technique, lighting, processing, proofing, and printing.

Photography took a back seat after leaving Buena in 1981. I returned to a head tennis professional position at Cabrillo Racquet Club in Somis, then as an insurance agent in Camarillo before obtaining my real estate license in 1988, which I continue with today. It wasn’t long before I met and then married Tammy, a most remarkable person I couldn’t live without. We are happily married and have two dynamic adult children.

Digital photography advanced on a global scale after the turn of the 21st century, as more and more film professionals were making the switch to digital. In 2007, I purchased digital Nikon gear and again became excited about getting back into photography.

Meeting and becoming friends with local artist Sarah Kalvin was another important phase in my photography path. New to the area, Sarah researched local history, and was informing me of things about my great grandparents I didn’t know. I wasn’t aware that E.P. had planted the trees of Hobo Jungle at the Ventura River Mouth, nor did I know he was responsible for creating the Ventura County Parks system. Sarah suggested I begin to photographically document Hobo Jungle, the handmade tables and benches within Foster Park, and other parks E.P. Foster developed.

The images on this website have been taken since 2007. My passion is to rise before dawn during fall and winter months, and head out to capture photographs during the first moments of light, well before daybreak, and continue until just after sunrise.